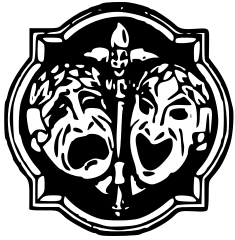 Bipolar in Children- What does it look like and how is it treated?

Frequently the presentation of bipolar in children is misdiagnosed for other illnesses or behavioral problems.

The Child Bipolar Questionnaire presents a number of symptoms frequently seen in children with bipolar disorder. Bipolar is most frequently diagnosed by young adulthood and is believed to affect 4% of the population at some point in their lives. In the past 15 years, the number of children and adolescents has skyrocketed. There is some friction in the field with some experts believing bipolar is over diagnosed in children and others feeling the disorder is overtreated with psychiatric medications.

Attention Deficit/Hyperactivity Disorder (ADHD / ADD) or oppositional defiant disorder, are frequently first given to children rather then Bipolar Disorder. There can be many years of suffering socially and emotionally at school and home for these children who have been misdiagnosed. Experts suggest there is a delay of 10 years between onset of bipolar symptoms and getting proper treatment.

Many times children will be seen by a number of prescribers and therapists before receiving a correct diagnosis of bipolar. This may be due to a resistance to treat children with psychotropic medication. Mania can present as boundless energy, irritability, or exceptional productivity. Many times the elements of Mania make it difficult to accurately diagnose until the mania regresses and depression rolls in. In some cases, mania is present at the same time as depressive symptoms which can look like powerful irritability and difficulty finding any source of soothing.

Making thing more difficult, teens may be prone to lofty goals and irritability. Sometimes it can be hard to tell what is illness and what is normal grandiosity or normal sadness from something like a breakup. One of the distinguishing factors is a potential for decreased need for sleep in teens with bipolar. They are more likely to get upset by their way of doing things getting disrupted and will remain upset for days rather then more typical hours or a day. In addition, diagnosing bipolar in teens requires looking at their detailed history. Young people with bipolar disorder tend to have recurring episodes of major depression however this is not need to diagnose bipolar. For some young people mania will be their primary symptom.

If children are not at risk for hurting themselves or others, and are caught early, treatment might be able to begin with individual therapy. However, if disorder progresses to the point where the child is at risk for harming themselves or others, medication is frequently the starting point and combined with individual therapy as soon as possible.

If you or someone you know does or might be living with Bipolar disorder call Dr. Davenport today 941-321-1971.

With offices in Sarasota and Venice, FL we offer individual therapy and couples counseling to individuals of all ages.