David Ginsberg, Facebook’s director of research, collaborated with psychology and sociology experts in mental health professionals looking at several studies that supported the findings. Facebook found that interaction has an impact on users. It was suggested that when people consume information on social media, such as reading a lot of information they tend to come away from the experience feeling worse. In contrast, users who had interaction reported having better feelings.

Facebook looked at a survey from the University of California San Diego and Yale that found people who open at least four times as many links as average users or who “liked” twice as many posts reported worse mental health than average. in addition, a study from the University of Michigan, college students who read only Facebook for 10 min. were no worse mood at the end of the day than those who read and post messages or communicated with friends.

The report from Facebook looked at a connection between technology use and teen depression. Facebook suggested that these problems have come about because mobile phones have changed relationships and created an environment where people are “alone together.” The researchers also suggested that some people become depressed after looking at social media profiles and posts of others and then comparing themselves negatively.

In contrast, a study by Carnegie Mellon University suggested that increased social interaction. Social media can leave people feeling better. the study found that people who received or sent more communications reported better improvement in social support, depression, and loneliness. Facebook suggested these improvements were enhanced when the connections to place with close friends or family. Other studies suggest that stress students are more likely to choose Facebook to feel better over watching videos online.

Facebook said that they believe it is not just social media use that affects someone’s well-being. They suggest that both good and bad things can come from the use of the service.

If you or someone you know is struggling with anxiety, depression, or difficulty in relationships as a result of online media please contact Charles R Davenport PsyD LLC at 941-321-1971 for counseling or therapy services in Sarasota Florida or Venice Florida. 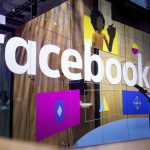